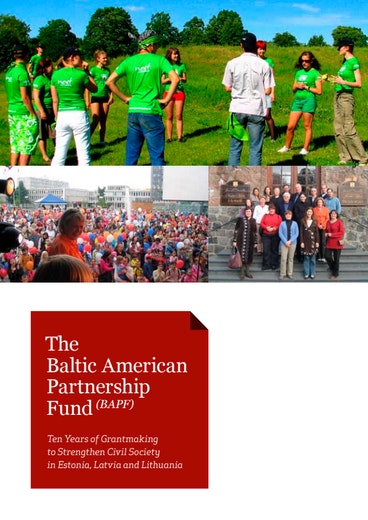 The Baltic-American Partnership Fund (BAPF) was established in 1998 by the United States Agency for International Development and the Open Society Foundations. Each organization initially provided $7.5 million to be spent over a ten-year period on the continued development of civil society in the Baltic countries of Estonia, Latvia, and Lithuania. Particular focus was placed on the development of the nonprofit sector, through which individuals can come together in an organized fashion to participate in and influence political, social, and economic decision-making processes in their countries.

To mark the conclusion of BAPF grantmaking in 2008, the accompanying publication examines the major achievements of BAPF, its partners, and grantees.