Broadening the Agenda: The Status of Romani Women in Romania 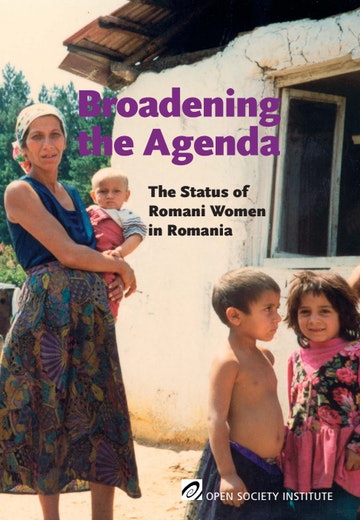 In Romania, Romani women are the ones most likely to suffer from inequalities inside the home, as well as inadequate health care, poor quality of education, and lack of job opportunities. Broadening the Agenda: The Status of Romani Women in Romania, a report prepared for the Open Society Roma Participation Program, provides a realistic portrayal of the challenges that Romani women in Romania face through first-hand accounts and solid data compiled by Romani women themselves.

The following are a few of the report's results:

Combining fresh survey data and the voices of Romani women reflecting on their status, Broadening the Agenda is intended to provoke debate among stakeholders, and promote effective policies that erase gender disparities and combat discrimination, poverty, and social exclusion.