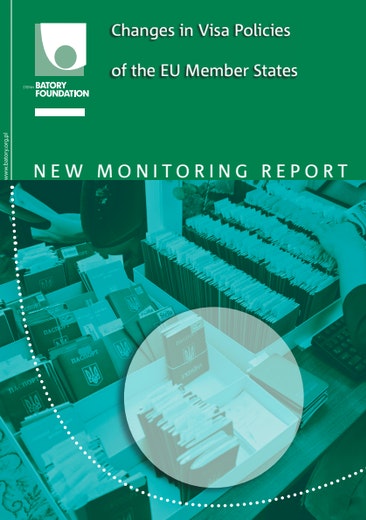 This report from the Stefan Batory Foundation analyzes the changes during the last few years in visa procedures among a selected group of surveyed EU member state consulates. The report reflects the situation as seen by those applying for a visa in person and their experiences of the process.

Research was carried out at consulates of selected EU member states in Kyiv, Chisinau, Minsk, and Moscow. The visa regimes examined included those of Belgium, the Czech Republic, Finland, France, Germany, Lithuania, Poland, and the United Kingdom as well as Latvia and Italy (a second survey).

The report was designed within the framework of the Friendly EU Border Project, undertaken by the Stefan Batory Foundation since 2002. The surveys were conducted in cooperation with four NGOs from Eastern Europe: the Institute for Public Policy (Moldova); the Carnegie Moscow Center (Russia); the Centre for Peace, Conversion and Foreign Policy of Ukraine; and the Centre for Social Innovations from Belarus.