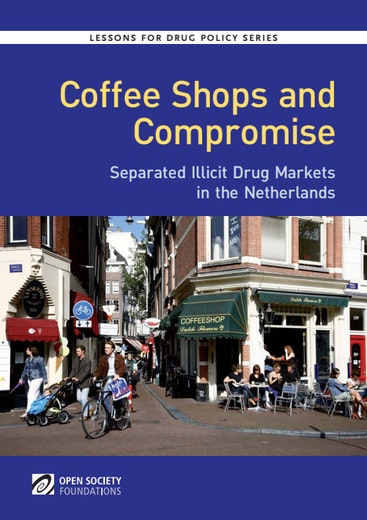 Though famous for its coffee shops, where cannabis can be purchased and consumed, the Netherlands has accomplished many enviable public health outcomes through its drug policy. These include low prevalence of HIV among people who use drugs, negligible incidence of heroin use, lower cannabis use among young people than in many stricter countries, and a citizenry that has generally been spared the burden of criminal records for low level, nonviolent drug offenses.

Coffee Shops and Compromise: Separated Illicit Drug Markets in the Netherlands tells the history of the Dutch approach and describes the ongoing success of the country’s drug policy. This includes the impact of the Dutch “separation of markets,” which potentially limits people’s exposure and access to harder drugs.

These policies, coupled with groundbreaking harm reduction interventions, have resulted in the near-disappearance of HIV among people who inject drugs and the lowest rate of problem drug use in Europe.