The Democratic Republic of Congo: Taking a Stand on Security Sector Reform 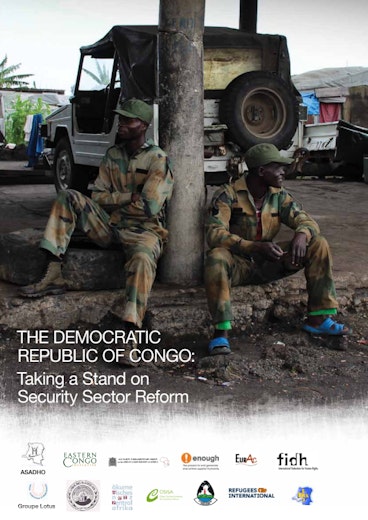 The report  was signed by 13 leading international and Congolese organizations and networks, including the Open Society Initiative for Southern Africa. It was completed after extensive research and interviews in DRC and donor countries. It argues that the army not only fails to provide security but actively preys upon the population, being one of the major perpetrators of human rights violations in the country.

The report concludes that the main reason for the failure of army reform in DRC is a lack of political will from parts of the Congolese government, notably those elements which have benefited from endemic corruption.

The Democratic Republic of Congo: Taking a Stand on Security Sector Reform underscores the critical role the international community must play. In just five years, the report documents, donor countries alone have invested more than $14 billion into the DRC. Yet only one percent, or $140 million, was spent on security sector reform.