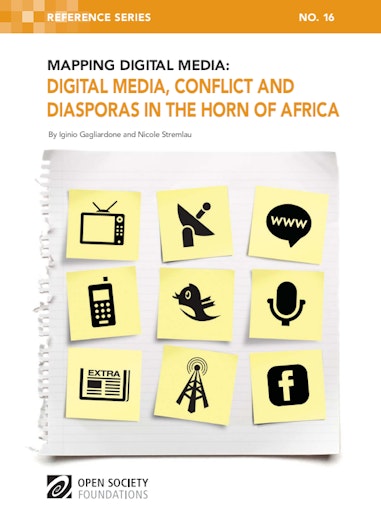 The Horn of Africa is one of the least connected regions in the world. Nevertheless, digital media play an important social and political role in Eritrea, Ethiopia, and Somalia (including South-Central Somalia and the northern self-declared independent Republic of Somaliland). This paper shows how the development of the internet, mobile phones, and other new communication technologies have been shaped by conflict and power struggles in these countries.

It addresses some of the puzzles that characterize the media in the region: for example, how similar rates of penetration of media such as the internet and mobile phones have emerged in Somalia, a state which has not had a functioning government for two decades, and in Ethiopia, one of the countries with the most pervasive and centralized political apparatus in Africa.

The paper also gives particular attention to the role played by diasporas, which have been highly influential in starting the first websites, blogs and forums covering the politics of the Horn and facilitating debates among Eritreans, Ethiopians and Somalis living at home or abroad. The paper concludes by discussing the often innovative, but little acknowledged, ways in which digital media have blended with their predecessors to fashion unique hybrid media and communications systems.