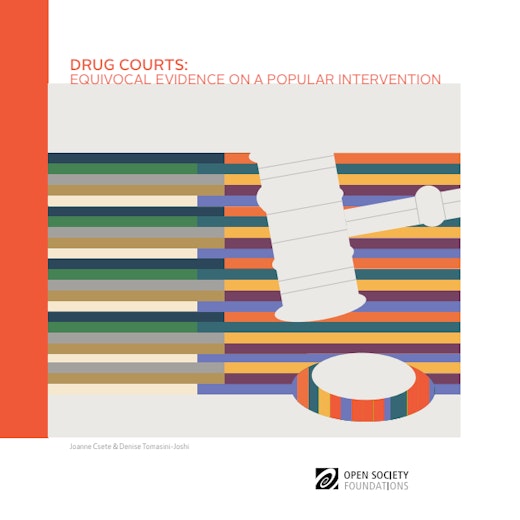 While there is considerable consensus in UN and other multilateral policies and statements that there should be an alternative to criminal sanctions for some categories of drug infractions, drug treatment courts are not specified as the only or principal means of providing that alternative, and there is no international law or treaty explicitly addressing drug courts.

In spite of good intentions, these courts do not represent reform if they undermine health and human rights, if they put health decisions in the hands of judges and prosecutors who reject clinically indicated treatment, or if they impose punishment for relapses that are a normal part of drug dependence.

Drug Courts: Equivocal Evidence on a Popular Intervention explores what the UN and other multilateral bodies say about drug courts, reviews the drug court experience in the United States and around the world, and examines other ways to avert incarceration for minor drug offenses.