Drug Policy in Portugal: The Benefits of Decriminalizing Drug Use 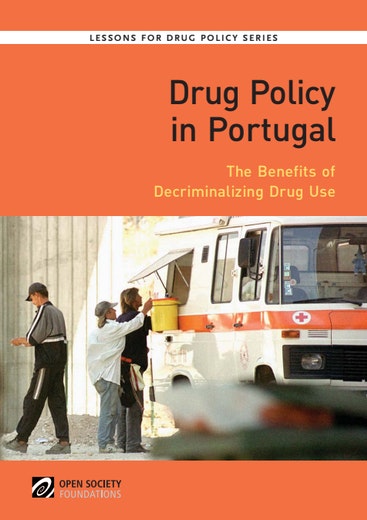 ﻿In 2000, the Portuguese government responded to widespread public concern over drugs by rejecting a “war on drugs” approach and instead decriminalized drug possession and use. It further rebuffed convention by placing the responsibility for decreasing drug demand as well as managing dependence under the Ministry of Health, rather than the Ministry of Justice. With this, the official response toward drug-dependent persons shifted from viewing them as criminals, to treating them as patients.

Drug Policy in Portugal: The Benefits of Decriminalizing Drug Use is the second in a series of reports by the Open Society Global Drug Policy Program that documents positive examples of drug policy reform around the world (the first being From the Mountaintops: What the World Can Learn from Drug Policy Change in Switzerland). Drug Policy in Portugal describes the process, context, ideas, and values that enabled Portugal to make the transition to a public health response to drug use and possession. Now, with a decade of experience, Portugal provides a valuable case study of how decriminalization coupled with evidence-based strategies can reduce drug consumption, dependence, recidivism, and HIV infection, and create safer communities for all.

This report, by award-winning journalist Artur Domoslawski, is available for download in English, German, Polish, Portuguese, and Spanish.