Education for Migrant, Minority and Marginalised Children in Europe 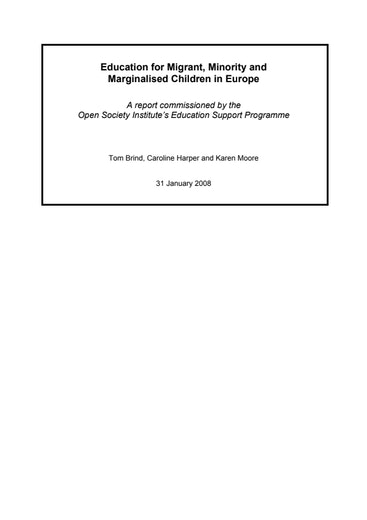 Education for Migrant, Minority and Marginalized Children in Europe collates up-to-date evidence on the educational realities that confront migrants, minorities, and marginalized groups in the European Union. The report identifies policy responses, legislative frameworks and local initiatives that seek to improve the educational position of children from migrant and minority groups. The reviewed literature emanates primarily from four countries in which groups with a migrant background make up a significant proportion of the national and school-going populations: France, Germany, the Netherlands, and the United Kingdom.