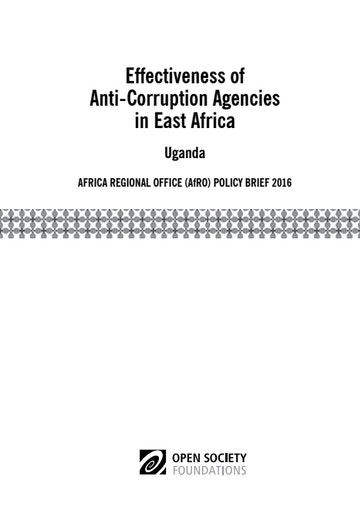 Over the last decade, Uganda has been rocked by grand corruption scandals involving the loss of staggering amounts of public funds. According to the Transparency International Corruption Perception Index, Uganda ranked 140 out of 177 countries in 2013. In 2012, the country ranked 130 out of 176 countries while in 2011 it ranked 143 out of 183. The East African Bribery Index placed Uganda at the top in terms of bribery among the five East African countries.

This policy brief examines the state of corruption in Uganda and the effectiveness of anticorruption agencies in the country, and lays out recommendations to tackle the challenges.