The European Union and the Right to Community Living 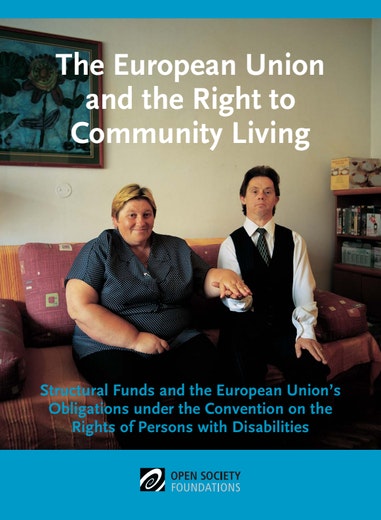 The European Union and its Member States have an obligation to ensure that European taxpayer money in the form of Structural Funds is invested in a manner that respects human rights and fundamental freedoms. These are among the basic values upon which the EU was founded. However, some Member States are acting contrary to EU law by using European money to invest in institutions for people with disabilities rather than developing alternative community-based services that promote community living. Such actions contravene the Convention on the Rights of Persons with Disabilities and violates the fundamental human rights of people with disabilities.

This report by the Open Society Foundations features legal analysis from Queen’s Counsel Richard Gordon and examines how the use of Structural Funds to renovate or build institutions is contrary to EU law. The European Commission and its Member States should take actions to ensure that Structural Funds are not used to perpetuate the social exclusion of any European citizen.

Topics discussed in the report include: