Expecting Better: Improving Health and Rights for Pregnant Women Who Use Drugs 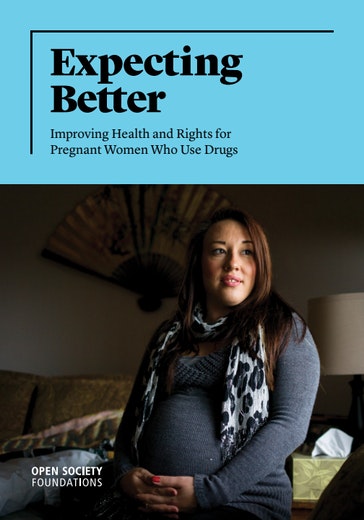 Among the populations of people who use drugs, pregnant women face some of the most severe health and social consequences. Pregnant women who use criminalized drugs are routinely subjected to dehumanizing stigma, insufficient access to evidence-based treatment, and ineffective punitive responses.

Inaccurate media reporting and exaggerated beliefs about harms to drug-exposed infants—such as the myth of the “crack baby”—have intensified this stigma. As a result, the rights of pregnant women who use drugs are rarely considered in the development of drug policies, government-funded social programs, or harm reduction interventions.

Despite these inadequacies, women themselves are routinely blamed and demonized for their drug consumption. This publication serves as a guide for those wishing to implement gender-responsive approaches and policies which are tailored for pregnant women who use drugs. In the development of this publication, the reports from women with personal experiences of drug use during pregnancy was considered as important as the peer-reviewed research and exemplary policy approaches cited.