From Enlargement to the Unification of Europe 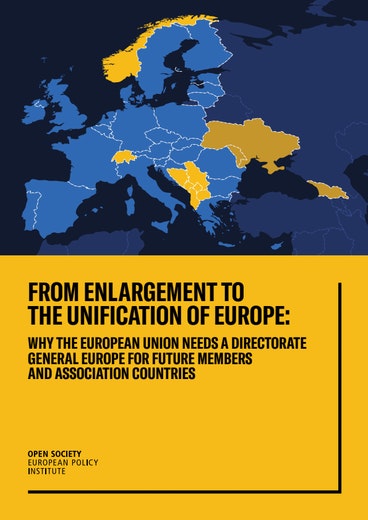 The need for the European Union’s involvement in the Western Balkans, Georgia, Moldova, and Ukraine has never been more acute. The European Commission’s structures are not up to the job. A new approach is needed to respond to the realities on the ground and in member states.

The European Union needs to boost the tools of the European Commission to move the process on from enlargement and move decisively towards the unification of Europe. This means creating a directorate general that would have the resources to drive forward the accession process with the Western Balkans countries and the ambitious trade and reform agenda in Ukraine, Georgia, and Moldova. A new directorate general Europe could play this role.

How Civil Society Came Together to Protect EU Whistleblowers

It wasn’t easy, but thanks in part to a dedicated coalition of civil society actors, as well as a shift in public consciousness, greater protections for EU whistleblowers has been secured.

In the time since UK voters opted to leave the European Union, the debate about Brexit has focused on its implementation. But do policymakers really understand what motivated the leave vote in the first place?