Getting a Better Deal from the Extractive Sector: Concession Negotiation in Liberia, 2006-2008 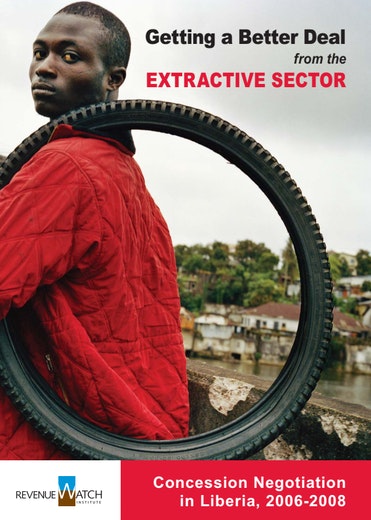 In 2006, as part of its wider reconstruction effort, the government of Liberia conducted a review and renegotiation of its contracts with the Firestone rubber company and the ArcelorMittal steel company. The resulting amended contracts offered Liberia significant gains, in areas from taxes and corporate governance rules to environmental and social issues such as housing and education. The amended contracts were embraced not only by Liberia's legislature and general public, but also by Firestone and ArcelorMittal, the latter increasing its investment in Liberia from $1.0 to $1.5 billion. The successful negotiations have also caught the attention of other African governments seeking to ensure that their countries maximize value from natural resource concessions.

Getting a Better Deal from the Extractive Sector, funded by Open Society Foundations partner Revenue Watch Institute, demonstrates the need for more equitable terms in natural resource contracts and the pivotal role that the contract process can play in economic recovery and development. The report was prepared for the Office of the President of Liberia by Revenue Watch senior economist Antoine Heuty and Raja Kaul, who was closely involved with Liberia Firestone and ArcelorMittal negotiations. The report includes forewords by Liberian president Ellen Johnson Sirleaf and Open Society Institute chairman George Soros.