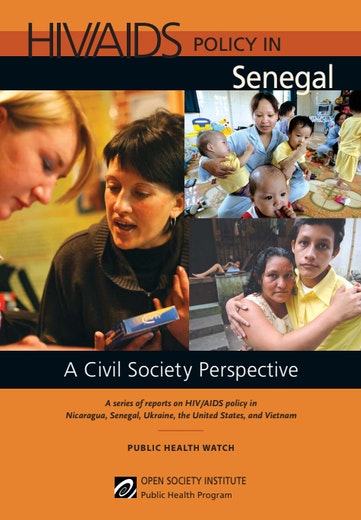 Senegal serves as a model among African countries in its control of HIV/AIDS. The national HIV prevalence rate has been below 1 percent for the past two decades, a success that can be attributed to the country’s timely response to the epidemic. The National AIDS Council has adopted several measures to prevent the spread of HIV/AIDS such as promoting condom use, instituting a sentinel surveillance system, and increasing the number of voluntary counseling and testing sites.

However, according to stakeholders interviewed for the Public Health Watch report HIV/AIDS Policy in Senegal: A Civil Society Perspective, more than 20 years into the epidemic, the government has made inadequate efforts to target high-risk groups; update national strategies according to emerging priorities, such as the increasing feminization of AIDS; and provide quality services for people living with HIV/AIDS.

Interventions aimed at the general population have helped raise awareness about HIV/AIDS, but these prevention efforts have failed to result in measurable behavioral change. Groups particularly vulnerable to HIV—men who have sex with men, mobile and cross-border populations, young people, and women—have been neglected. Furthermore, although legal sex workers have access to routine health care, unregistered sex workers do not, and they are persecuted by law enforcement agencies, which drives these individuals further underground and makes outreach difficult.

While Senegal has demonstrated leadership on treatment issues—it was the first sub-Saharan African country to establish an antiretroviral (ARV) treatment program in 1998 and is one of the few African countries that provide free ARV treatment—access to treatment remains limited largely to those living in Dakar and other urban centers. Of the approximately 5,900 people receiving treatment, nearly two-thirds live in Dakar. In addition, the ARV treatment is free, but diagnoses and treatments for opportunistic infections require fees, presenting a barrier to access. The government has yet to provide sufficient financial assistance to people living with HIV/AIDS and their families.

The stark geographical disparity in access to treatment can be attributed to the lack of adequate healthcare infrastructure and sufficient number of trained staff, and to the strict regulations on ARV delivery. Care and support activities are also largely centered around urban areas. Nongovernmental organizations have recently become involved in providing care and support, but many lack the capacity and resources to scale up their efforts.

The report recommends several strategies based on two years of research and consultations to strengthen the national response to HIV/AIDS, including by collaborating with civil society organizations to adopt innovative approaches to effectively target populations at high risk for HIV; decentralizing treatment and care services to rural areas; and strengthening the capacity and accountability of the health sector in order to improve access to, and the quality of, treatment, care, and support services.

As the pandemic enters its third year, African Alliance founder Tian Johnson shares reflections on how to make progress in the push for vaccine equity and what African civil society organizations are asking for now.

During a moment of reckoning with the legacies of racism, the African Foundation for Development is working to return objects to Africa that were looted during the eras of colonialism and imperialism.

The best way to support and empower refugees in a time of crisis is to recognize that they know best how to address the needs of their communities.