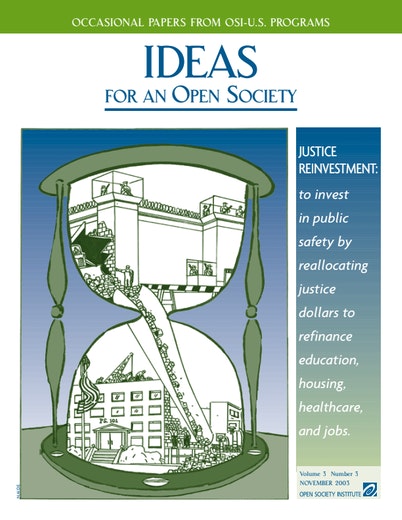 More than $54 billion is spent annually on prisons in the United States, much of it directed toward incarcerating people for non-violent drug offenses with little or no hope of access to rehabilitation services. In the November 2003 issue of Ideas for an Open Society, Susan Tucker and Eric Cadora argue that the nation's dependence on mass incarceration reflects an approach to imprisonment that actually sacrifices public safety. They contend that the appropriate strategy to address this situation is to reallocate funding throughout the U.S. criminal justice system toward education, housing, health care, and jobs—all priority areas that can directly influence crime rates.