Immigration Enforcement in the United States: The Rise of a Formidable Machinery 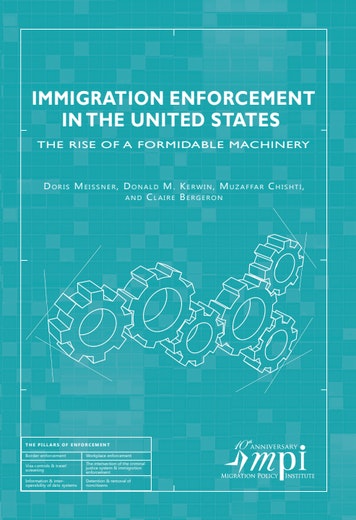 And a larger number of individuals are detained each year in the immigration detention system (just under 430,000 in fiscal 2011) than are serving sentences in federal Bureau of Prisons facilities for all other federal crimes.

The report traces the evolution of the system, particularly in the post-9/11 era, in terms of budgets, personnel, enforcement actions and technology. It examines individual programs and results, ranging from Secure Communities and 287(g) to deportations, detention, post-9/11 visa screening and new federal databases, explaining how they have intersected—in some ways by deliberate design, in others by happenstance—to create a complex, interconnected, cross-agency system.

Among the report’s other key findings:

THE FUTURE OF JUSTICE

Open Society President Patrick Gaspard on the Meaning of Citizenship

While accepting an award from the NAACP, Open Society’s Patrick Gaspard urged the next generation of activists to renew the promise of citizenship and never give up the struggle for true equality and justice.

Q&A: The Missing Voices in the Immigration Debate

A new study shows the media is paying more attention to immigrants in detention—but migrants’ stories are too often overlooked.