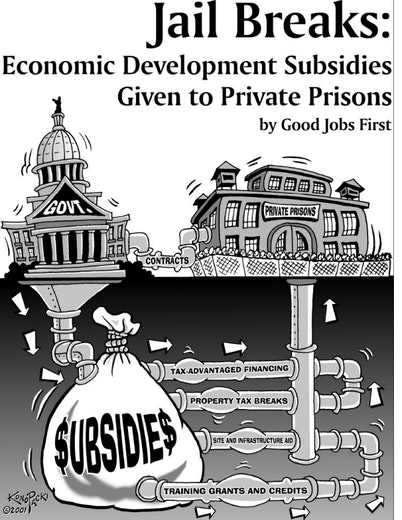 A detailed analysis of the emergence of the private prison industry in the United States and how it uses government subsidies, provided by taxpayers, to build prisons—many on pure speculation. The need for a publicly traded company to expand and grow led to a frenzied rush to build and expand prison beds in the late 1990s. This, for the most part, has failed due to a leveling-off of the prison population, resulting in a glut of prison beds. The report poses public policy options for dealing with the issue of public funding of private prison ventures. Some of the report's findings of the 60 facilities studied include: