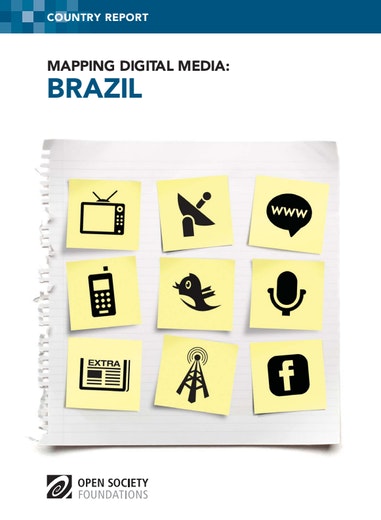 Digitization has had profound effects in Brazil. In journalism, information flows faster than ever, and from a greater number of sources; journalists have to adapt to an environment that demands immediate coverage of events, sometimes privileging speed over content. The internet has become the second main source of news, and the number of people reading newspapers online has nearly tripled over four years.

Brazilians are heavy users of social media and user-generated content platforms, with Facebook and YouTube being the second and fourth most accessed URLs in September 2013. Access to mobile telecommunications is widespread, and there are more SIM cards circulating in Brazil than there are Brazilians.

However, serious gaps in internet regulation topics such as net neutrality, ISP liability, privacy, and user rights still have not been addressed by legislation. In an attempt to fill these gaps, the Civil Rights Framework for the Internet (Marco Civil da Internet), a draft bill produced through a process of public online debate carried out by the Ministry of Justice, was sent to the National Congress in 2011. The text faced strong opposition from some quarters, and the bill has not yet been introduced in Congress.