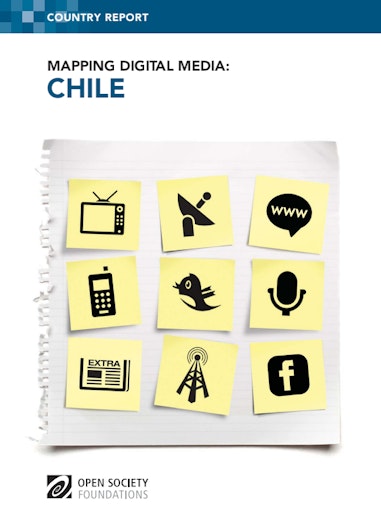 Digital media have proliferated in Chile over the last five years. They have given impetus to a culture of openness and transparency that has been in development since the country’s return to democracy in 1990. However, digitization of terrestrial broadcasting is yet to get off the ground, in spite of television’s endurance as the dominant medium for news and information. Significant obstacles also remain in respect of pluralism and diversity, including ownership concentration and a persistent digital divide, neither of which have been helped by the global economic downturn.

Overall, digitization has only partly impacted on the media landscape in Chile. It has neither altered the neoliberal trajectory of media policy, nor reduced high levels of ownership concentration and incumbent advantages. But there is, at the very least, a framework in place that will potentially open doors to new entrants in the digital terrestrial arena, as well as sustain the public service, local and community sectors. This will provide an important antidote to the digital divide which is likely to persist in terms of access quality, even after universal service is achieved. Whether this potential will be realized is, however, uncertain.