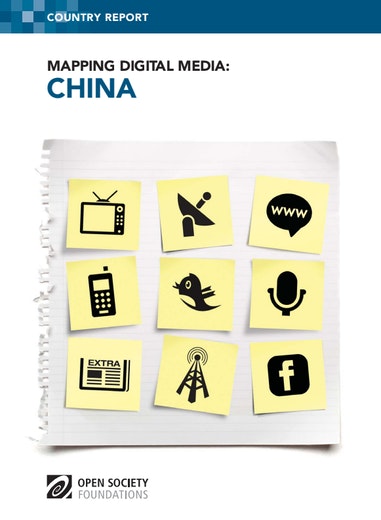 The story of media digitization in China is inseparable from the country’s recent modernization. Probably nowhere else have so many other things been changing at the same time as the technological advances with which this study is concerned. And probably nowhere else has digitization flourished on such a scale in such a closed media environment. As a result, digitization has transformed the diversity of information and public opinion for many millions of people.

As of December 2011, there were 513 million internet users, 155 million broadband subscribers, and over 1 billion mobile phone users in China. At the same time, the internet is still beyond the reach of 800 million Chinese who rely almost exclusively on television for their information and entertainment, in particular the mammoth state broadcaster China Central Television (CCTV). But a sign of the profound changes taking place is that this year (2012) the time people spend on the internet is set to overtake that which they spend watching television.

Although China is already the world’s biggest media market, there are still hundreds of millions of people with little knowledge or understanding of how the media are used and how they might use the media. A nationwide media literacy campaign would help educate people to participate in public life so that the opportunities which digitization brings can be more widely enjoyed.