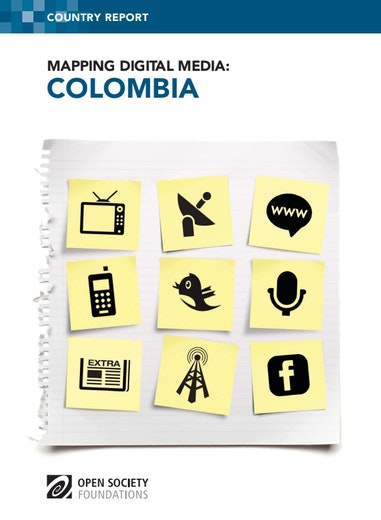 In Colombia, analog free-to-air television is still by far the most influential source of news. Digitization seems to be increasing both the quantity and range of news and the total public consumption of media as many traditional outlets now have online versions, while some new online only outlets have been born in recent years and gained recognition as news providers. Internet use is increasing very fast in urban areas and higher socioeconomic groups.

Public media have been strengthened in recent years and public service provision is considered an important issue in Colombia. The transition to digital terrestrial television (DTT) is seen as both a challenge and an opportunity to public media. Digital activism too has grown in Colombia, and active internet users have proved the power of social networking, which has become very popular. Political debates and hostage rescue operations have, among others, triggered big digital mobilizations, especially on Facebook and Twitter.