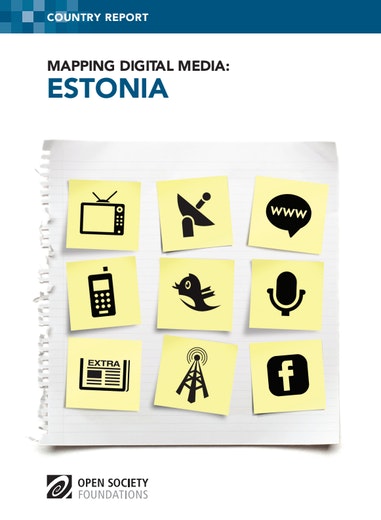 Estonia blazed a trail, in terms of digitization, by completing digital switch-over of television in 2010, five years ahead of the originally envisaged target of 2015.

Estonians have demonstrated a keen appetite for digital media uptake. More than three-quarters of the population accesses the internet regularly, and more than half of those are active on social networking platforms. Recent surveys suggest that nearly a quarter of internet users now connect via smartphones. As for traditional media, newspaper circulations have experienced a steady rather than dramatic decline over recent years, while television and radio audiences remain relatively stable.

The press and news organizations remain in general relatively free of political influence, and although there is significant cross-media ownership and little opportunity for new entrants, digitization does not appear to have exacerbated this situation, and there remains a degree of competition and pluralism within all sectors.

This report calls for the development of media policy that will incentivize television service providers to introduce the additional digital television services that were promoted during switch-over. They also call for long-term predictable funding mechanisms to ensure that public service media, Estonian Public Broadcasting (Eesti Rahvusringhääling, ERR) above all, provide quality output.