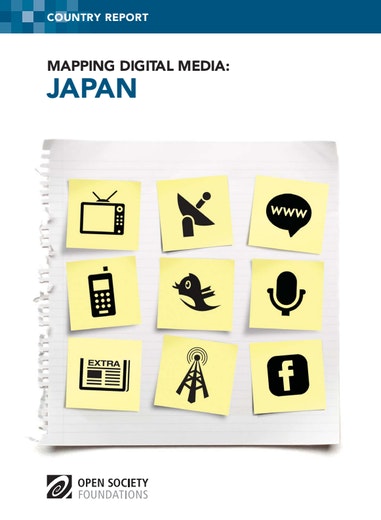 Japan may be the world’s most advanced country in the development and application of digital technology. Despite two decades of economic stagnation, digitization has proceeded rapidly. Digital satellite broadcasting was launched in 2000 and for terrestrial television in 2003. Digital switch-over was completed and analog broadcasting discontinued in July 2011, except in the case of three prefectures seriously damaged by the devastating earthquake and tsunami that hit the country in March 2011.

Yet this is a tale of technological revolution and diversification of delivery, not one of substantial media change or diversification of content. The mainstream media still dominate the production and distribution of news, while much of the advance in delivery has been associated with access to entertainment, not a plurality of voices in social and political life.

As media scholar Kenta Yamada has observed, since the end of the Second World War, “the authorities have been restrained in their use of power [with regard to the media] and the media have been prudent in not going too far in the exercise of their freedom of expression.”

The relevance of both public service and social media in times of disaster since the earthquake and tsunami has been a much debated topic. It has prompted studies and policy proposals addressing past performance and future readiness in this high-risk island nation. This study identifies the issue as one of high priority for future research and policy consideration.