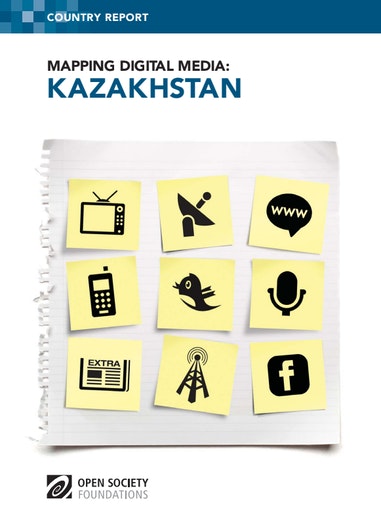 Oil-rich and ruled by an uncontested leader, Kazakhstan has in recent years moved further in the direction of restricting press freedom while the government’s grip tightens on the media market. At the same time, digitization offers a freer and more diverse space for news and public debate. The story of Kazakhstani media is of two contrasting dynamics: the increasingly controlled and innovation-shy offline space, and the vibrant, less-restricted digital environment.

The rise of digital media has yielded benefits for citizens and democracy, albeit these are limited by the dominance of one political party and its leader. Nevertheless, media remain constrained and state interference remains prominent. As opportunities for working directly with policymakers in Kazakhstan are limited, the report calls for civil society organizations to step up their awareness-raising efforts and bring the threats stemming from restrictive legislation and the lack of regulatory independence to public and international attention. It also calls for a debate about the need to reform publicly funded broadcasters so that they serve the public interest.