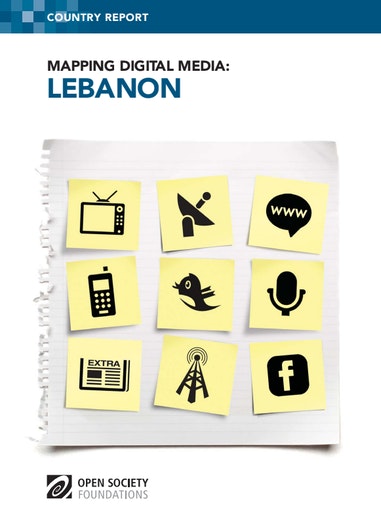 Lebanon is considered one of the freest countries in a region dominated by dictatorships. However, it is plagued by sectarian divisions and a confessional government system. Political groups often form around sects and traditional feudal leaders, almost all of whom are supported by foreign countries. Media development, and digital media development in particular, reflects this harsh reality.

Thanks to digital media, Lebanon’s residents have access to a variety of news platforms, from 24-hour cable channels to internet sites and text message services. Despite easy access to Al Jazeera, Al Arabiya, CNN, BBC,and others through subscriptions to pirated cable bundles or satellite receivers, Lebanese households prefer local news channels. Most of the country’s news media outlets support and represent the agenda of a political personality or party. And most of them are owned, managed, or financed by local or regional powers.

Digitization has had little or no effect on changes in the media market or the impact of ownership on media performance and independence. This may be because Lebanon remains in a protracted state of transition to digitization, exacerbated by a rough political climate. Although the government has occasionally tried to improve this situation, Lebanon will have to make gigantic efforts before it can hope to embrace the digital era with a set of laws and regulations that could meet the needs of citizens and business.