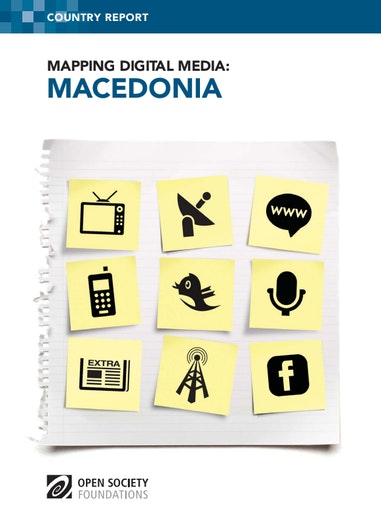 The media in Macedonia have been at the center of acute political instability in recent years, affecting the country’s path toward digitization in many ways. With regard to digital switch-over of broadcasting, some steps have been taken towards the target date of 2013 despite the absence of clear legislative guidelines or public debate. The transparency deficit was epitomized by the government’s rejection in 2006 of a switch-over coordinating body set up by the broadcasting regulator and comprising a broad range of stakeholders.

Broadband and universal service policies have been notably more successful. However, television is still the dominant medium and within this sector, platform ecology has remained largely stable. Over half of all access is via cable with terrestrial television accounting for a third, and the remainder taken up by satellite and IPTV providers. The latter was, until 2011, the only platform through which video-on-demand and time-shifted viewing services were available. The rapid growth of IPTV since its introduction in 2008 reflects the public appetite for new digital services.

Overall, this report finds that the digital promise of greater openness, empowerment, and autonomy has been eclipsed, for the time being, by countervailing forces. As for the current outlook: the post-election climate seems to have prompted a degree of acquiescence on the part of the political opposition, which does not bode well.