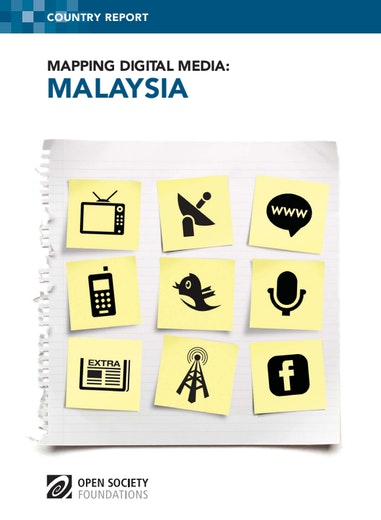 Malaysia has had a torrid relationship with digital. Mahathir Mohamad, the former Malaysian prime minister, fell in love with it in the 1990s when he launched the Multimedia Super Corridor, a sort of East Asian Silicon Valley, to develop the local information and communications technology industry.

Two out of three Malaysians regularly use the internet (even though large areas of the East Malaysian states of Sabah and Sarawak, where nearly a fifth of the population lives, pose logistical challenges regarding infrastructure) and a third of the population have a 3G mobile subscription. Broadband household penetration in the capital, Kuala Lumpur, is 112 percent because many citizens have both fixed and mobile accounts. Nearly half the population is on Facebook with an average of 233 friends each, the greatest proportion in the world, all on social networks for an average nine hours a week. And they still seem to find enough time to watch television for three and a half hours a day and to listen to the radio for three hours.

The outlook is for an expansion of internet and mobile-based platforms for news, comment, social networking, activism, and entertainment. However, a change of government is probably a prerequisite for the kinds of changes that would usher in greater diversity in broadcast and print, such as regulatory independence, repeal of the Printing Presses and Publications Act, and the dismantling of monopolies, rules on cross ownership, and political parties’ ownership of media companies.