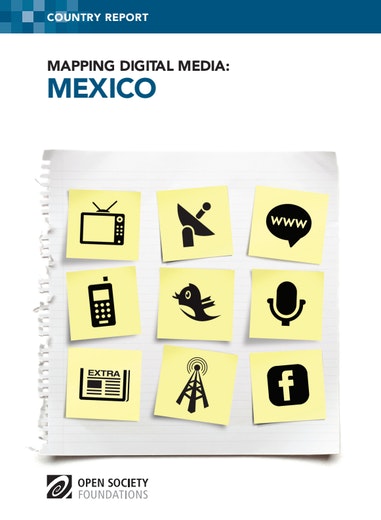 Mexico is one of the 15 largest economies worldwide, yet only 15 percent of households own a digital device and less than a third have a computer. Most rely on TV and radio. Although terrestrial television has remained the favorite TV platform in the country, cable and satellite have made inroads over recent years, with non-terrestrial platforms accounting in 2009 for almost a third of the country's households.

The internet has emerged in the past five years as a new tool for activism. Campaigns on the internet have created pressure on traditional media to tackle topics they would not otherwise cover or on state institutions to embrace new technologies. The internet has also started to be increasingly used in electoral campaigns. The impact of digital activism, however, is significantly blunted by the low internet penetration.

Not-for-profit organizations and communities are not given an equal footing by legislation in the tenders for digital licenses. The country needs legal provisions that would help spawn fresh competition and diversity in the media. New entrants, including indigenous communities and nonprofit organizations, should be given the right to obtain broadcast licenses, and mechanisms to ensure transparency in the licensing process should be put in place.