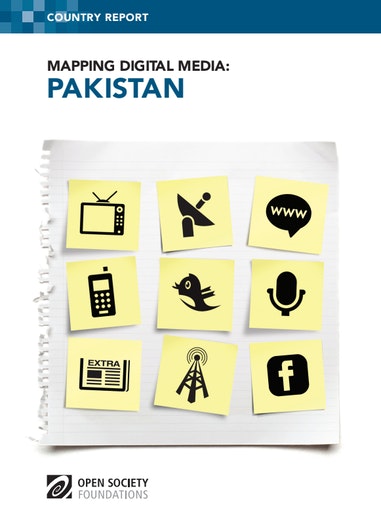 Pakistan has long suffered from high inflation, led by soaring food prices, which has increased poverty levels. According to the United Nations’ 2011 Human Development Report, half the population suffers deprivations of all types. Only half is literate. Even then there are only 12 million television sets (surely a desirable medium for those who cannot read)—one for every 14 people.

This means a lot of communal watching of mostly state-owned channels of the Pakistan Television Corporation (PTV). At present, the only other terrestrial television channel is the privately owned ATV, in which PTV and the Pakistan Broadcasting Corporation are majority (80 percent) shareholders. The sameness is deafening.

However, urban Pakistanis are getting richer and spending money on alternatives. Thus PTV has ceded ground to more than 20 privately owned broadcasters with 89 domestic and 26 foreign channels, with national television viewing split evenly between terrestrial on the one hand, and cable and satellite on the other.

This proliferation of channels has enabled Pakistani media to wield more influence over politics and public discourse than ever before. With this growing influence comes, however, a corresponding increase in attempts by the government to control media outlets. Indeed, state coercion and increasing censorship are among the greatest pressures on the media industry.