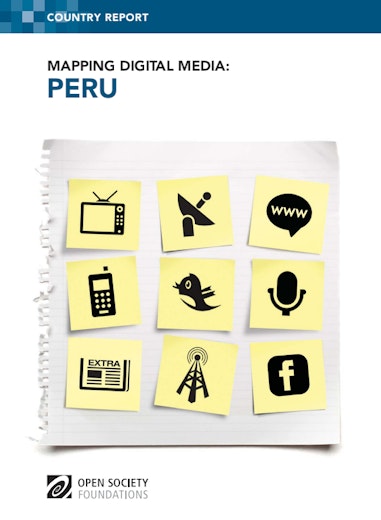 The process of digitization is still in its early stages in Peru, where the transition to digital terrestrial television (DTT) will not be finalized until 2024 and the impact of online communication, though growing, is still limited.

Television and radio remain the most important media platforms and the main tools to access news in Peru. The internet has not caused a noticeable change in the way news is consumed—though it has become the second most trusted source of news, after radio and before television. At least part of the reason for this is the
low broadband penetration—lower than in other countries in the region. A significant portion of internet access takes place through public access points.

Also, the general framework of policies, laws, and regulations does not meet the challenges of digitization in Peru. The Master Plan for the Implementation of Digital Terrestrial Television was adopted in 2010 as a Supreme Decree, without debate in Congress. The Radio and Television Law of 2004, the first law of its kind in the country, has been repeatedly amended. While there is constant work being done to improve the legislation, there is still much to do if Peru is to reap the full benefits of digitization.