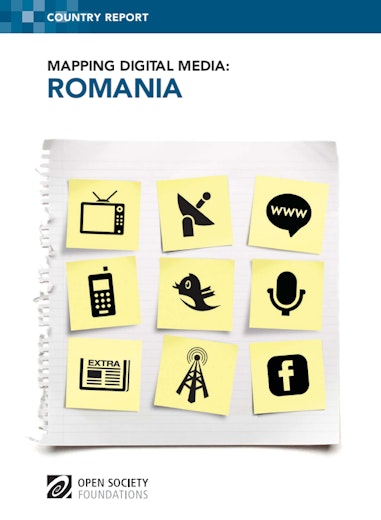 Romania was hit hard by the economic crisis of 2008–2009, which slowed the remarkable growth of its television, print, and online sectors over the previous decade. Moreover, with no tradition of quality print media and a nonexistent newspaper market in rural areas (where almost half the population lives), many Romanians currently remain indifferent to news. Media literacy is low. The audiovisual market continues to be controlled by four large commercial players and the public service broadcaster.

Yet the internet has caught on quickly with Romanians in the past decade. More than a third of households now have an internet connection, and the web is now the most trusted source of information for youths aged 15–20. Internet publishing has grown, sometimes even faster than the advertising industry's ability to keep up.

In order to break the control of the audiovisual space by a few powerful groups, this report recommends that the digital switch-over process in Romania be rethought. Digital licensing should be open and transparent, and the public should be informed about what digitization will mean for them. With the public moving online for entertainment and information, the internet should remain minimally regulated while self-regulation, with civil society involvement, should be actively encouraged.