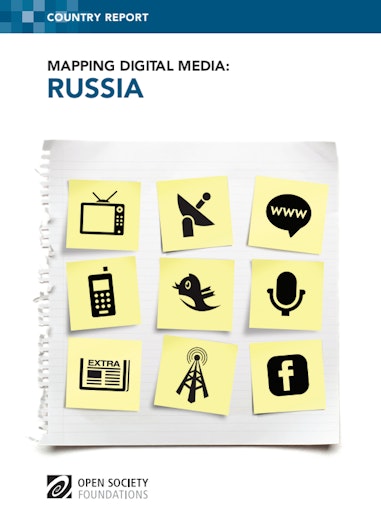 In the two years preceding the financial crisis of 2008, Russia experienced unparalleled growth that helped boost computer ownership, internet subscription rates, and advertising in the media. The crisis and subsequent recession coincided with changes in the Kremlin and also significantly contributed to the rapid ascent of online media and of new communication tools. All four factors—the boom, the crisis, the new ruling tandem, and the explosion of online communication—have had a significant impact on the media and on news consumption in Russia.

The growing prominence of online media as a source of news marks the biggest shift in news consumption. Nearly half of all internet users—or more than 20 million people—regularly read news online. The internet is virtually the only platform where criticism of the government is tolerated. There have been no major attempts by the authorities to block or limit access to online information. The internet has provided opportunities for public expression for marginalized minorities, including guest workers from Central Asia and sexual minorities. It has also been used as a tool for civic activism and digital mobilizations.

Two significant discussions need to be initiated in the near future to help to prevent further deterioration of news quality and to ensure that the public interest is served. Firstly, debate among media professionals on ethical norms in journalism in general and in new media in particular, which would ideally result in developing a set of standards recognized by a sizable proportion of Russia's journalistic community. The second is a public debate on public service broadcasting, which should lead to the drafting of a roadmap of transition from state-controlled outlets and eventually to drafting legislation spelling out the role and remit of public broadcasters.