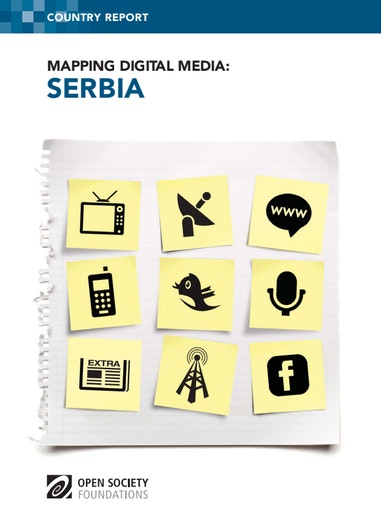 Serbia has a strategy for switching over from analog to digital broadcasting, prepared with broad public consultation. The basic legal framework is in place, but implementation is not yet underway. Moreover, if fair access to digital licenses is to be ensured, a new media law—harmonized with the EU’s Audiovisual Media Services Directive—is still needed.

Broadband internet has had by far the most significant growth among the available distribution platforms over the past five years. More than 23 percent of Serbian households had an internet connection at the end of 2009—more than doubling the number of such connections just four years earlier. The internet as a platform for activism is rapidly expanding, with the number of petitions, initiatives, and debates online growing considerably. The internet has also led to more diversity and to a plurality of voices in political life. All that said, Serbia remains a television nation, with almost all households owning a TV set and three quarters of the population still using television as their main source of information.

Serbia’s private media sector continues to be plagued by opaque ownership structures, with the owners of various media hiding behind offshore-registered businesses. Additionally, there is no publicly available register of media owners. Without mechanisms to render media ownership transparent, Serbia’s media sector will not achieve its potential for independence and diversity.