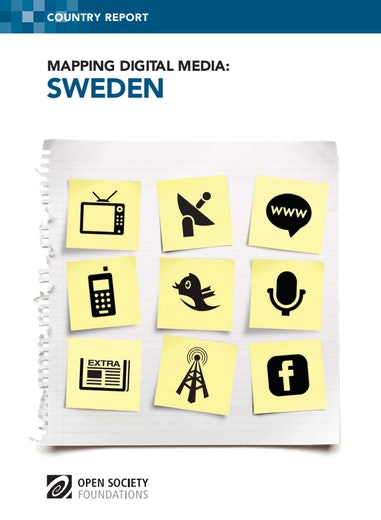 Sweden's media system is based on the dominance of public service broadcasters and high newspaper penetration. However, while press circulation figures are still among the highest in the world, the overall consumption of broadcast media has decreased slightly over the last five years. At the same time, levels of internet penetration and computer use are among the highest in the world.

Digitization seems to have affected general media preferences much more than news media preferences. The battles over entertainment (movies, sport and drama) seem largely to be lost to commercial media, but public service radio and TV have maintained their position as trustworthy and reliable news providers. Television news still reaches 83 percent of the population every day, and SVT and Sveriges Radio (Radio of Sweden) are still the most trusted outlets, along with TV4, the largest private channel.