The Meaning Of “Life”: Long Prison Sentences in Context 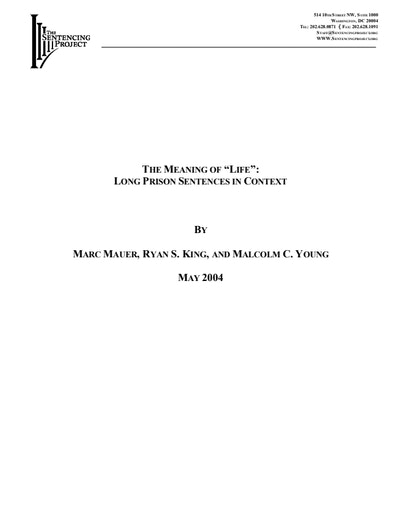 Almost 10 percent of all inmates in U.S. state and federal prisons are serving life sentences, an increase of 83 percent from 1992, according to this report from Open Society grantee The Sentencing Project.

The study assesses the state of life imprisonment in the United States by analyzing sentencing policies, profiling the population of prisoners serving life sentences, and contextualizing the issue from public safety and fiscal perspectives. It also features profiles of current lifers whose individual stories reflect a system in desperate need of revision.

The following are among the study's findings:

Q&A: How One Colombian City Is Tackling Violent Crime

Palmira, Colombia, is one of the most violent cities in the world. But a prevention program focusing on youth has reduced crime significantly—and earned it an international peace prize. The city’s mayor on what’s working.

The late Lani Guinier thought deeply about the intersection between education and criminal justice. Her leadership at Open Society helped pave the way to colleges across the country offering higher education to the incarcerated.

Mónica Esparza’s case is one of the most notorious cases of extreme gender violence carried out by Mexican authorities. What her story teaches about how to combat the country’s scourge of gender-based violence.