From the Mountaintops: What the World Can Learn from Drug Policy Change in Switzerland 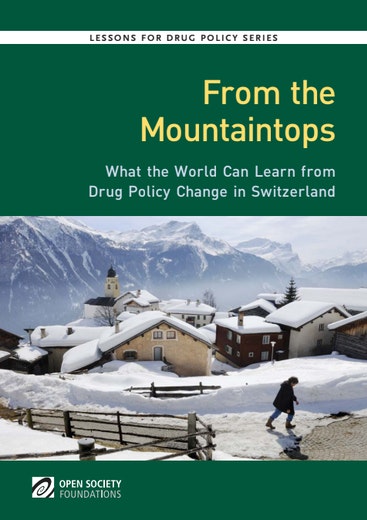 Switzerland, a country known for its solid conservatism, was shaken by seeing its cities become the point of convergence of thousands of drug users and counterculture activists, culminating in large open drug scenes in the late 1980s.

The country was hit hard by HIV, which was strongly linked—both in the public mind and in reality—to growing drug injection. A confluence of events and people led Switzerland to reject more repressive policing and instead to rethink drug police practices and drug policy more broadly.

Health professionals who were persuaded that the harms of drug injection could be controlled more effectively by public health programs than by policing were at the vanguard of shifting the parameters of Swiss drug policy.

This report, by Joanne Csete, associate professor of Clinical Population and Family Health at Columbia University’s Mailman School of Public Health, is available for download in English, French, Polish, and Spanish.