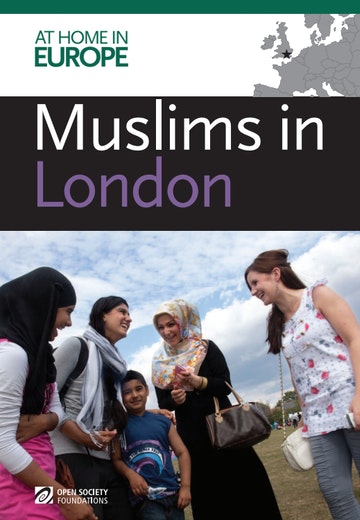 “I have grown up here so I believe it is my place. I don’t feel that I am an outsider. This is my country. I had my education here and I am very pleased that I am a British Muslim.”

Muslims in London highlights the complexities around belonging and identity amongst Muslim and non-Muslim residents living in Waltham Forest, one of London’s 2012 Olympic boroughs. The research reveals that that local not national identity is strongest for Muslims in Waltham Forest.  The situation is exactly the reverse for non-Muslims in the borough, who feel a stronger attachment to Britain than their neighbourhood.

The research offers the most up to date insight on how Muslims in one of London’s most diverse boroughs really feel about where they live and what’s stopping them from feeling they belong in Britain.

The report acts on its findings by offering a series of recommendations for local and national authorities, Muslim communities and other minority groups, NGOs and community organizations, the media, and broader civil society.

Muslims in London is the tenth report in the Muslims in EU Cities series produced by the Open Society Foundations At Home in Europe Project. It is the result of research that examines the level and nature of integration of Muslims in 11 cities across Europe (Antwerp, Amsterdam, Berlin, Copenhagen, Hamburg, Leicester, London, Marseille, Paris, Rotterdam, and Stockholm).

The report and accompanying fact sheet are available for download.

Hard copies of the report can be requested, but please note that they may not always be available. To order one, please contact Csilla Tóth at cstoth@osi.hu.