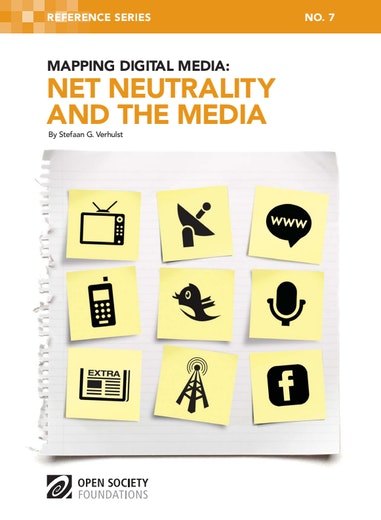 Will the internet and telecom architecture be changed in order to block or prioritize certain types of traffic? Much debate on media policy hinges on this issue, often referred to as the “net neutrality” question. Although it may appear to be a narrow technical debate, in fact it has major implications for innovation, free speech, and economic growth.

This paper introduces the net neutrality debate. It discusses the key network design principles involved; the current move toward discrimination or “access-tiering”; the arguments involved in the debate; the approaches suggested to secure network neutrality; and the current state of play in the United States and Europe. Finally, it focuses on one sector likely to be particularly affected by the outcome of this debate: the media. The paper ends with a call for innovative solutions and increased engagement by public interest advocates to develop solutions that promote open, fair, and sustainable societies.