No Health, No Help 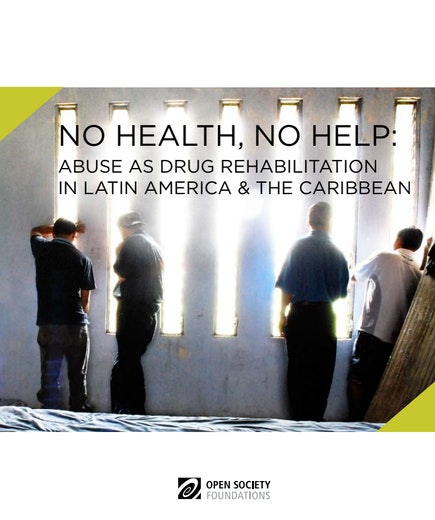 Chaining, public humiliation, abduction, and prayer. If these were treatments offered for diabetes or heart disease, we would see them as cruel and abusive. Yet these are tactics used widely in centers for the “treatment and rehabilitation” of people who use drugs in Latin America and the Caribbean.

These abusive centers often operate unlawfully and without medical or governmental supervision. People are often brought to these centers against their will, by family members, by police, or by gangs of center residents. Families are not aware of the conditions in the center, or don’t know where else to turn. These practices run counter to evidence-based drug treatments recommended by the World Health Organization and the United Nations Office on Drugs and Crime, and reveal how often drug dependency is treated as a moral failing rather than a medical condition. As regional governments prepare for the United Nations General Assembly Special Session (UNGASS) on drugs in April, defining what truly constitutes a “public health approach” to drug policy is increasingly important.

No Health, No Help: Abuse as Drug Rehabilitation in Latin America & the Caribbean is a compilation of reports by researchers and civil society in six countries—Brazil, Colombia, the Dominican Republic, Guatemala, Mexico, and Puerto Rico. The report details the extreme human rights abuses occurring in the name of “rehabilitation,” and offers recommendations for how governments can work to improve drug treatment in these countries.