From Novelty to Normalcy: Polling in Myanmar’s Democratic Transition 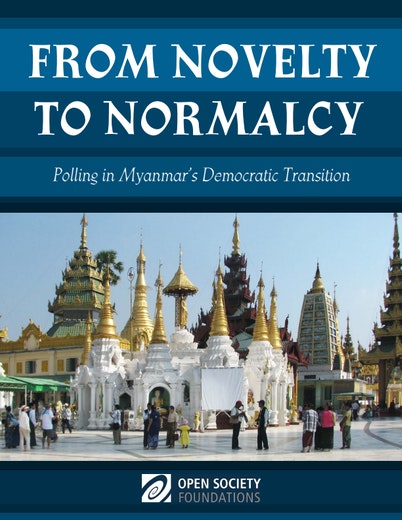 Since the government of Myanmar* announced a transition from military rule to democracy in 2010, both domestic and international stakeholders have turned to polling to discover public opinion on a range of issues. This report examines the state of opinion research in Myanmar, identifies challenges, and makes recommendations for improvements.

Although Myanmar has a decades-long history of market surveys, political polling is a relatively new phenomenon. Organizations operating in this field face four major challenges. The first is selecting a sample in a country that lacks reliable census or voter registration data, and lacks comprehensive access to telephones or the internet. The second is how to provide survey questionnaires in several languages to accommodate Myanmar’s numerous ethnic groups. The third challenge relates to interviewers, both to their training and to accounting for possible response bias based on the interaction between the interviewer’s sociodemographic background and the respondent’s. Finally, polling groups and interviewers must ensure respondents’ confidentiality.

These problems are not unique to Myanmar. Pollsters around the world regularly grapple with similar dilemmas. What makes their task more challenging in Myanmar is the novelty of polling. Few people (even in civil society and political parties) understand its nature, and many are quick to dismiss the whole exercise when they do not like some of a poll’s results. The report examines and refutes several of their criticisms.

*Note: “Myanmar” is used in this report instead of “Burma” according to the authors’ preference.