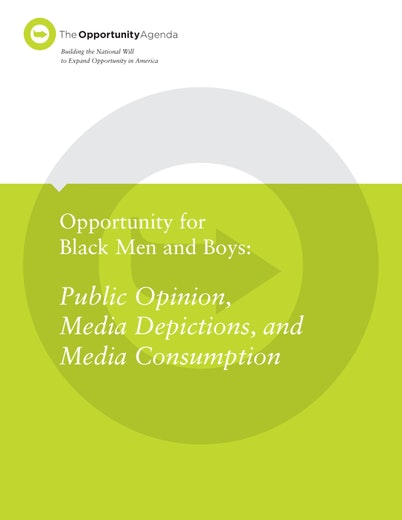 Over the past half century, African Americans have made remarkable progress in toppling legal segregation and discrimination, in accessing economic and educational opportunities, and in participating in our political process, including, most notably, as president of the United States. Yet significant barriers remain in countless domains—from high school graduation, to employment, to the criminal justice system. And in each of those areas, African American men and boys face challenges that differ in key respects from those of African American women and girls, or from men and boys of other racial and ethnic groups.

Among the many factors that influence the opportunities and achievements of black men and boys are public perceptions and attitudes toward them as a group, and their own self-perceptions as well. Research and experience show that expectations and biases on the part of potential employers, teachers, health care providers, police officers, and other stakeholders influence the life outcomes of millions of black males, just as their own self-esteem, identity, and sense of empowerment affect their ability to achieve under difficult circumstances.

Published by The Opportunity Agenda, the report findings include distorted patterns of portrayal in the media of African Americans, lack of prescriptive studies around the issue, and recommendations for improving both the content and the reach of media with respect to black men.

The Opportunity Agenda was founded in 2004 with the mission of building public will to expand opportunity for all populations in America. They are co-funded by the Campaign for Black Male Achievement and the Equality & Opportunity Fund of the Open Society Foundations.