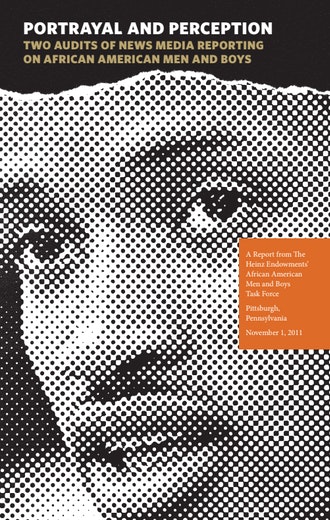 To examine how Pittsburgh newspapers and television newscasts cover African American males, The Heinz Endowments commissioned two studies. The first audit, by Meyer Communications LLC, noted an overall dearth of stories about African American male youth. The second audit, from the Pew Research Center’s Project for Excellence in Journalism, found a similar phenomenon in the coverage of African American women—and, in most of those accounts, the women were victims of crime or accidents.

Both analyses concluded that a disproportionate amount of Pittsburgh news coverage of African American men and boys focused on crime. The Meyer team reported that crime headed the list of all news topics related to the group, while the Pew study showed that, when considering television and newspaper stories together, crime coverage ranked second only to sports.

The findings have fueled efforts to encourage mainstream media to broaden their coverage of black men and boys and to support projects that put media in the hands of African American males, enabling them to tell their own stories and to challenge those told about them.

The Heinz Endowments are a philanthropic partner of the Campaign for Black Male Achievement of the Open Society Foundations.