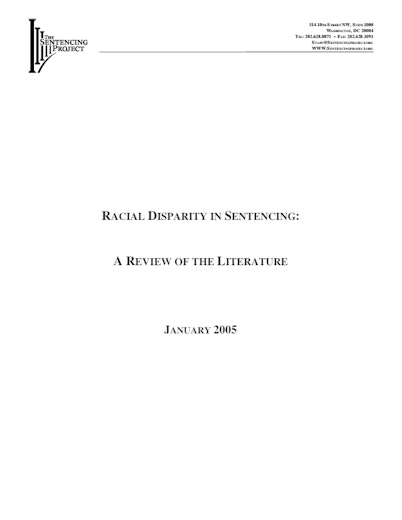 The history of racial disparity in the criminal justice system in the U.S. have been longstanding. The racial dynamics in sentencing have changed over time and reflect a move from explicit racism to more surreptitious manifestations and outcomes.

In this publication, The Sentencing Project reviews the research literature of the past twenty years on racial disparity in sentencing, organizing the findings in six issue areas:

Interaction of race/ethnicity with other offender characteristics
Key findings:

Interaction of race/ethnicity and type of crime
Key findings: