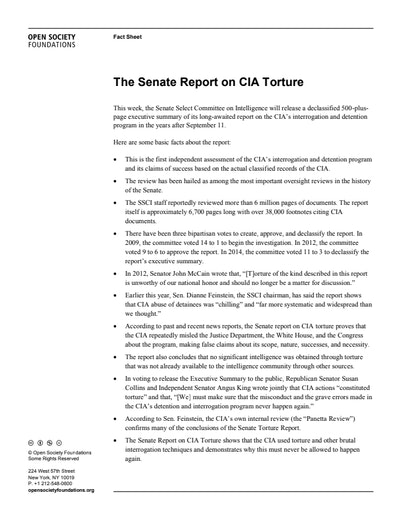 The U.S. Senate Select Committee on Intelligence (SSCI) is releasing a declassified 500-plus-page executive summary of its long-awaited report on the CIA’s interrogation and detention program in the years after September 11.

From 2009 to 2014, the SSCI conducted a comprehensive oversight review of the CIA’s interrogation and detention program. This is the first independent assessment of the program and its claims of success, based on the actual classified records of the CIA. The review has been hailed as among the most important oversight reviews in the history of the Senate.

This fact sheet outlines the basic points presented in the Senate report.