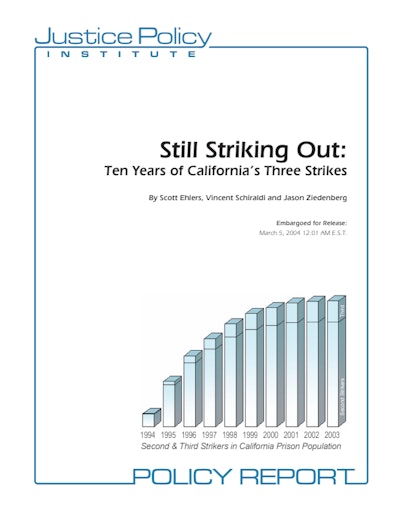 Released in March 2004, this report from the Justice Policy Institute, an OSI grantee, analyzes the 10-year legacy of the “three strikes” mandatory minimum sentencing law in California. According to the report, the law has lengthened the terms of incarceration for tens of thousands more people; today, over 42,000 persons—or more than one-in-four prisoners—are serving a doubled or 25-years-to-life sentence.

Some questions that the report raises are:

Among the significant findings are the following:

The late Lani Guinier thought deeply about the intersection between education and criminal justice. Her leadership at Open Society helped pave the way to colleges across the country offering higher education to the incarcerated.