Succeeding in the City: A Report from the New York City Black and Latino Male High School Achievement Study 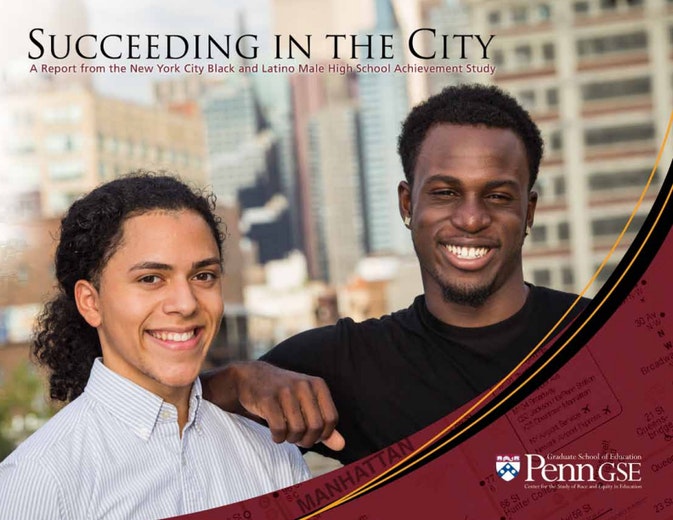 Succeeding in the City includes over 400 face-to-face student interviews from the 40 New York City high schools participating in the Expanded Success Initiative (ESI), which is designed to increase college and career readiness among the city’s black and Latino males. ESI schools are a part of New York City’s Young Men’s Initiative, the nation’s most comprehensive effort to tackle the broad disparities slowing the advancement of black and Latino young men.

The research team attributed levels of success to several factors including:

The study also included 90 black and Latino male undergraduate students who were enrolled at 44 colleges and universities. The data collected from the college participants revealed the following:

This report was supported by the Open Society Foundations.