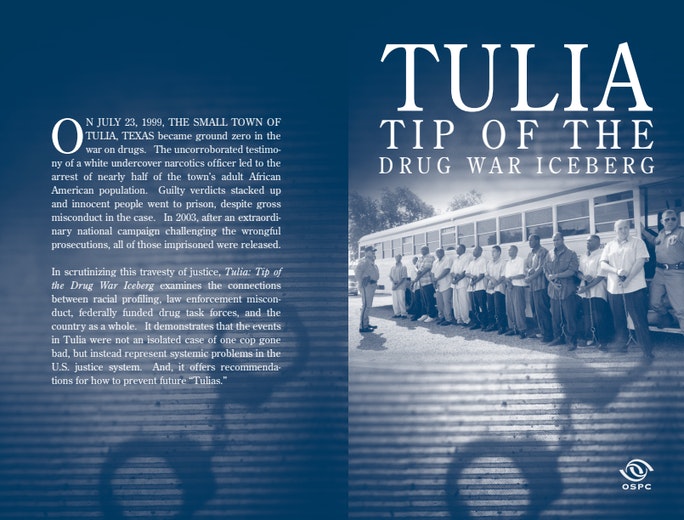 On July 23, 1999, the small town of Tulia, Texas, became ground zero in the war on drugs. The uncorroborated testimony of one white undercover narcotics officer led to the arrest of nearly half of the town's adult African American population. Guilty verdicts stacked up and innocent people went to prison, despite gross misconduct in the case. In 2003, after an extraordinary national campaign challenging the wrongful prosecutions, all those imprisoned were released.

Tulia: Tip of the Drug War Iceberg—produced by the Open Society Policy Center, a nonpartisan organization that engages in policy advocacy on U.S. and international issues—examines the connections among racial profiling, law-enforcement misconduct, and federally funded drug task forces. It demonstrates that the events in Tulia were not an isolated case of one cop gone bad, but instead represent systemic problems in the U.S. justice system. The publication also offers recommendations for how to prevent future "Tulias."