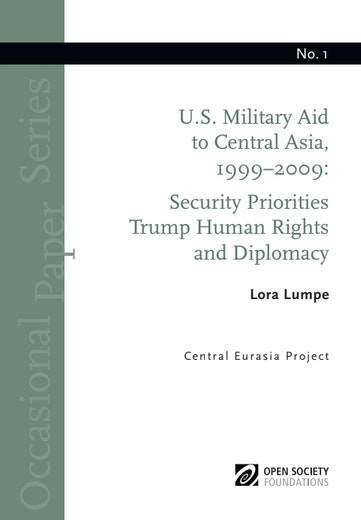 The research shows that the Pentagon established many new military and assistance programs, and that such programs contain six times the funds that are earmarked for the promotion of rule of law, democratic governance, and respect for human rights. The paper's findings suggest that the U.S. military has acquired an oversized impact on U.S. foreign policy toward Central Asia.