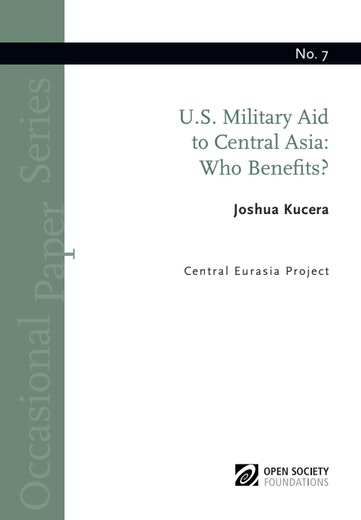 U.S. military aid to Central Asia has substantially increased over the past 10 years with an increasingly large percentage going toward the training and equipping of Central Asian special forces units. In several cases, funding has been misappropriated by host governments, while the United States has tended to look the other way at such abuses.

Military aid can have varying goals, but increases in funding and ambivalence by U.S, officials toward possible abuse of funds by Central Asian governments suggest that the primary motive of U.S. aid is to “buy” access to regional governments and militaries for cooperation in Afghanistan, rather than to improve defense institutions and militaries.

You Can’t Bomb Your Way to Peace

A new series of reports shows the futility of using direct force to pursue global stability.

After years of blundered wartime detention policy, the U.S. military recently revamped its way of deciding who should be detained and released in Afghanistan.

Accountability in Interrogation of Terrorism Suspects